Why didn't MnDOT straighten the 35W curve in downtown Minneapolis? 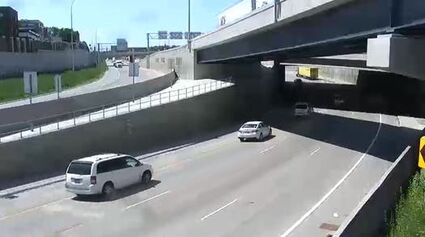 Motorists make their way around the curve on Interstate 35W in downtown Minneapolis.

The Minnesota Department of Transportation took four years to carry out a $240 million project to rebuild Interstate 35W between downtown Minneapolis and 43rd Street.

And the biggest change came in the form of a rebuilt flyover bridge taking drivers from northbound I-35W to westbound Interstate 94. The new bridge now deposits drivers in their own lane on the left side of I-94. With the old ramp, motorists crossed over I-94 then entered on the right side of the freeway and were forced to merge into traffic.