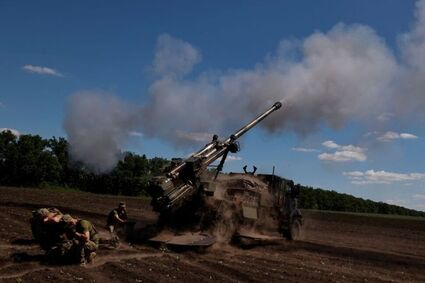 KYIV (Reuters) - Ukraine pleaded to Western countries for faster deliveries of weapons as better-armed Russian forces pounded the east of the country, and for humanitarian support to combat growing outbreaks of deadly diseases.

In Sievierodonetsk, the small city that has become the focus of Russia's advance in eastern Ukraine and one of the bloodiest flashpoints in a war well into its fourth month, further heavy fighting was reported.

The war in the east, where Russia is focussing its attention, is now primarily an artillery battle in which Kyiv is severely outgunned, Ukrainian officials say. That means the tide of events could be turned only if Washington and others fulfil promises to send more and better weaponry, including rocket systems.