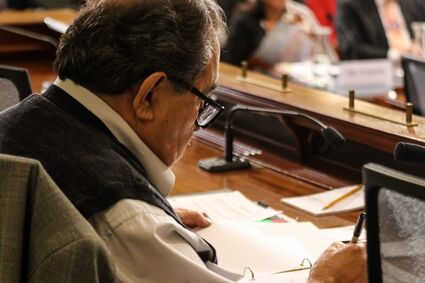 WASHINGTON, D.C. - Democrats are vowing to return to work better prepared after they said Republicans "hijacked" a slew of Indian Country bills during a markup in the nation's capital.

The House Committee on Natural Resources was set to advance no less than seven pro-tribal bills at the session on Wednesday morning. But Rep. Raúl Grijalva (D-Arizona), the chair of the legislative panel with jurisdiction over Indian Country issues, adjourned the markup after the Republican minority dominated discussion with issues that were largely unrelated to the agenda.

"I thought that the agenda we had today, that had been discussed with the minority [was] not trivial, that each [bill] had substance and each one represented a constituency of a given member," Grijalva said at the end of the meeting, which lasted about 90 minutes without any of the items being advanced.