3 foreigners who fought for Ukraine sentenced to death 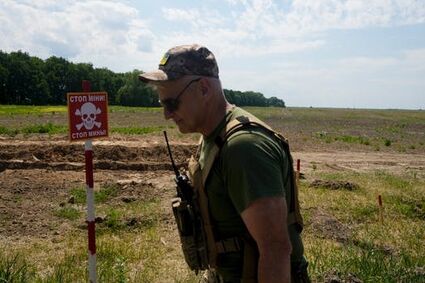 A Ukrainian soldier walks near a post warning about landmines in a field on the outskirts of Kyiv, Ukraine, Thursday, June 9, 2022.

BAKHMUT, Ukraine - Two British citizens and a Moroccan were sentenced to death Thursday for fighting on Ukraine's side, in a punishment handed down by the country's pro-Moscow rebels.

The proceedings against the three captured fighters were denounced by Ukraine and the West as a sham and a violation of the rules of war.

Meanwhile, as the Kremlin's forces continuing a grinding war of attrition in the east, Russian President Vladimir Putin appeared to liken his actions to those of Peter the Great in the 18th century and said the country needs to "take back" historic Russian lands.