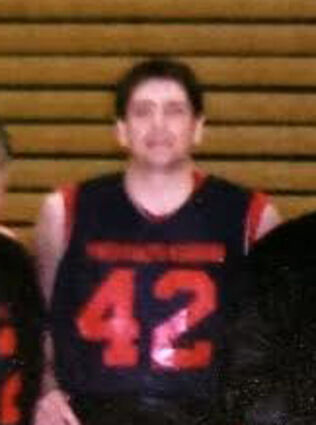 Benjamin or “Ben” as many knew him by, was born on March 9, 1966 in Watford City, ND to Benjamin and Joyce (Beston) Lovan. He attended in school in Mandaree and received and his GED. Ben was an avid basketball player from his younger years all the way to his later years. His talented ability led him to travel all over the United States and Canada, playing in many basketball tournaments & putting on basketball camps with the ND Warriors. During his many road trips, he made forever brother relationships with those he was still in contact with today. He was well known for “Dine n Dash” and had that down to a T. Ben also had many aliases, just to name a few, Ben Lovins, Ben Strait, Ben Half, Ben Jammin, and many more…

Ben met the love of his life, Kay Pemberton and spent 32 years together until his passing. They made their home in Red Lake, MN. He was a father to Ben III, Mitchell and Nyleen. He loved both his ND and MN families.

Ben was employed by the Red Lake Independent School District for 28 years; he worked as a security guard for 14 years and 14 years as a custodian.

One of Ben’s favorite hobbies was quilting. He started off with a pocket sewing machine and made his first star quilt. Ben never went by a certain template, once he started sewing, he just went with it. One of his creations can be found in Michigan with a great story behind it as he was very proud of it. He also enjoyed watching cooking shows, NBA and NFL games; his favorite football team was the Pittsburg Steelers. He loved watching his little Hidatsa buddies, Mickaylee and Randy, Jr. play hockey. He was so proud of them.

Ben will deeply missed by all who knew and loved him. We will miss his laughter and jokes.

He is preceded in death by his parents; Joyce and Benjamin Lovan, Sr .; brothers, Randall and Arlie; sister, Evelyn; nephew, Houston and grandson, Quintin.

A procession to the wake will be at 4:00 pm leaving Watford City traveling to Water Chief Hall in Mandaree. Wake services will begin at 5:00 pm.

Ben's funeral services will be Friday, June 10, 2022 at 11:00 am at Water Chief Hall in Mandaree. Kevin Finley will be officiating.

Ben will be laid to rest at St. Anthony's Cemetery in Mandaree.