Wetter spring could prevent another smoky summer in Minnesota 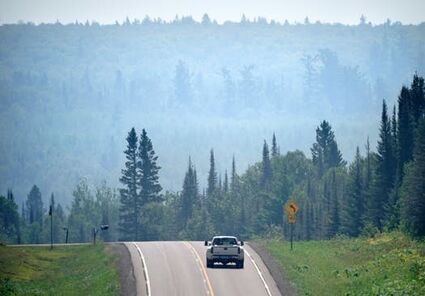 Wildfires in Canada and northern Minnesota created hazy skies and some of the worst air quality readings on records in the summer of 2021.

A year after wildfire smoke made it dangerous to go outside in parts of Minnesota, forecasters say it's much less likely that hazardous air will choke the state again this summer.

The hazy skies that appeared in 2021 were driven by fires in Canada and, to a lesser extent, in the Superior National Forest, where the Greenwood fire blackened nearly 30,000 acres. Matt Taraldsen, a research meteorologist with the Minnesota Pollution Control Agency (MPCA), said that the deterioration in air quality caused by these fires' smoke was historic for the state.

But in a forecast released earlier this spring, the MPCA reported that "meteorologists do not expect anything near last year's conditions during 2022."