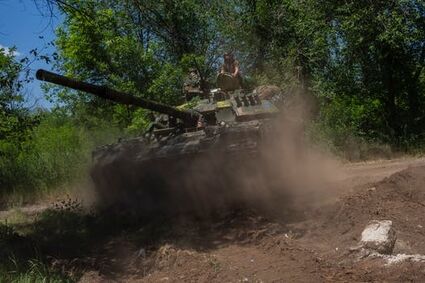 KYIV, Ukraine - Russia on Tuesday claimed to have taken control of 97% of one of the two provinces that make up Ukraine's Donbas, bringing the Kremlin closer to its goal of fully capturing the eastern industrial heartland of coal mines and factories.

Russian Defense Minister Sergei Shoigu said Moscow's forces hold nearly all of Luhansk province. And it appears that Russia now occupies roughly half of Donetsk province, according to Ukrainian officials and military analysts.

After abandoning its bungled attempt to storm Kyiv two months ago, Russia declared that taking the entire Donbas is its main objective. Moscow-backed separatists have been battling Ukrainian government forces in the Donbas since 2014, and the region has borne the brunt of the Russian onslaught in recent weeks.