Bois Forte Band Gets 28,000 Acres of Land Back in Northern Minnesota 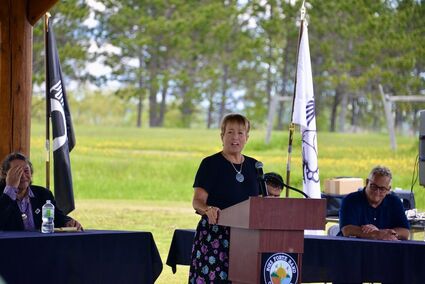 In the largest land-back agreement in Minnesota and one of the largest-ever in Indian Country, the Bois Forte Band of the Minnesota Chippewa Tribe today restored more than 28,000 acres of land within its reservation boundaries back to tribal ownership.

The purchase of the 28,089 acres in northern Minnesota from The Conservation Fund will restore lands that were sold by the federal government to non-Natives as "surplus" under the Allotment Act, which attempted to break up tribal reservations.

"So when we hear about reservations today, a lot of that land is not our land," Cathy Chavers, chairwoman of The Bois Forte Band of the Minnesota Chippewa Tribe, said during a live streamed announcement today at Nett Lake, Minn.