Though the data is for the end of 2021, it reinforces the picture of a very tight labor market in the state 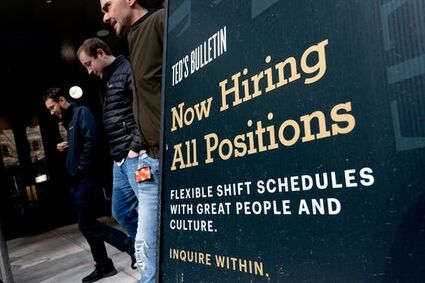 Job vacancies in Minnesota swelled to another record high in the last three months of 2021 while the number of unemployed workers continued to decline in what has become a very tight labor market.

The state had about 214,000 job openings in the fourth quarter, surpassing the previous record of 205,000 in the second quarter of 2021, according to a biannual survey released Tuesday by the Minnesota Department of Employment and Economic Development (DEED).

Job vacancies were also up 68% compared to fourth quarter of 2020.