The city of Forada was hard hit by a tornado. Deer River and Eagle Bend also were hit 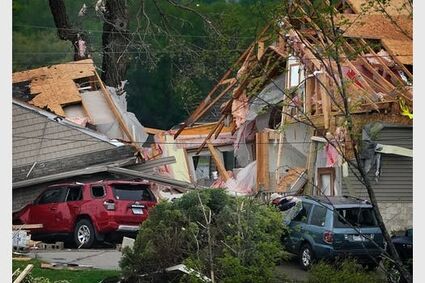 A home owner places a plastic tarp over a busted out vehicle window in an area where homes along Maple Lake sustained heavy damage after a Memorial Day storm hit.

FORADA, Minn. - The tornado sounded like a train barreling down the tracks - a whirring that turned to a steady roar as it shredded homes and uprooted trees.

Before the tornado struck Forada - a Douglas County community of about 170 residents south of Alexandria - the storm had raced across Minnesota at speeds of more than 70 mph.