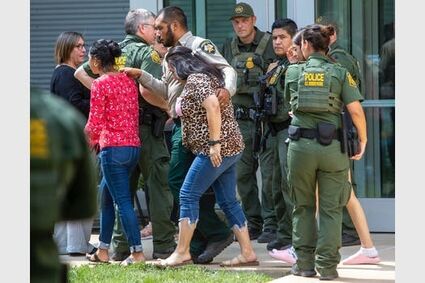 UVALDE, Texas - An 18-year-old gunman opened fire Tuesday at a Texas elementary school, killing at least 18 children as he went from classroom to classroom, officials said, in the latest gruesome moment for a country scarred by a string of massacres. The attacker was killed by law enforcement.

The death toll also included three adults, according to state Sen. Roland Gutierrez, who said he had been briefed by state police. But it was not immediately clear whether that number included the attacker, or how many people were wounded.

The massacre at Robb Elementary School in the heavily Latino town of Uvalde was the deadliest shooting at a U.S. grade school since a gunman killed 20 children and six adults at Sandy Hook Elementary in Newtown, Connecticut, almost a decade ago.