Minnesota Legislature down to final hours to finish its work

Gov. Tim Walz has previously said he would not call a special session if work remained undone 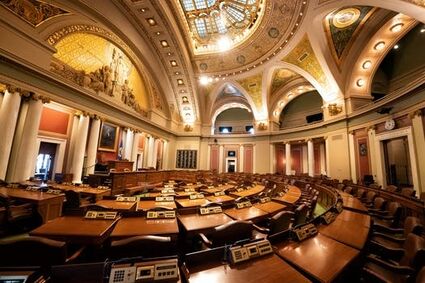 Legislators face a midnight deadline to pass bills for the year.

Minnesota leaders hurtled toward the final hours of the legislative session with few major bills completed, as an early afternoon goal for deals on education, public safety and other spending priorities came and went.

"We have 'til midnight to pass these bills," said Senate Majority Leader Jeremy Miller, R-Winona. "We're trying to reach agreement, there are very good offers on the table."

While Miller said Sunday afternoon that he still thinks there is a path to get various spending bills done without a special session, DFL Senate Minority Leader Melisa López Franzen said that is not a possibility.