Grants will go to the Duluth and Austin, the St. Paul Port Authority, the Red Lake Band of Chippewa and Minnesota Pollution Control Agency 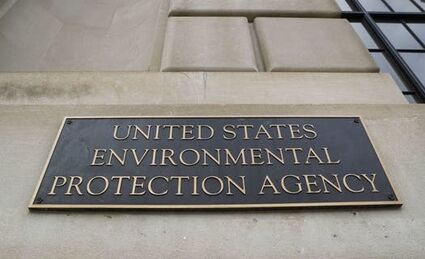 DULUTH - The U.S. Environmental Protection Agency announced five brownfields grants to Minnesota communities on Wednesday - $4.5 million from President Joe Biden's infrastructure law that will go toward cleaning up areas of blight and contamination.

Recipients include the Minnesota Pollution Control Agency, St. Paul Port Authority, Red Lake Band of Chippewa and the cities of Duluth and Austin, said Debra Shore, leader of the EPA's Midwestern office, at news conference at City Hall in Duluth.

"Together we're going to revitalize communities across the state and redevelop Minnesota brownfields into hubs of economic growth and job creation," she said. "The ability to do this kind of brownfield remediation and revitalization is a great example of how the federal government can give communities the boost they need."

Most of the communities will use grant money for environmental assessments, in addition to other projects unique to the area.

Duluth's $1 million grant will go toward cleanup at brownfield sites including the Burnham Apartments, a new downtown complex at the former St. Louis County Jail. The project will include 32 rental units, including 12 designated for tenants who earn 60% or less of the area's median income.

The Minnesota Pollution Control Agency will get $2 million for cleanup and a community involvement plan along the Lake Street and West Broadway corridors in Minneapolis, University Avenue in St. Paul and in Cass Lake.

Austin, Minn., will receive $500,000 to, in part, update an inventory of brownfield sites in older parts of the city - including a spot that was recently used as an industrial dump.

Red Lake Band of Chippewa will get $500,000, some of which will be used for a redevelopment plan in the villages of Little Rock, Red Lake, Ponemah and Redby - communities along the shore of Lower Red Lake.

The St. Paul Port Authority will get $500,000 for the Hillcrest Redevelopment Project, 112-acres of vacant and contaminated land that was a golf course proposed to become a carbon-free community development.

"This funding will help provide communities and tribes across our state with the resources they need to identify and clean up contaminated or hazardous sites," Sen. Amy Klobuchar said in a statement. "By restoring these areas, we can protect our environment and create new development opportunities for families and businesses - a true win-win."

There are more than 10,000 brownfield properties in Minnesota, according to MPCA Commissioner Katrina Kessler.

"With so many properties contaminated, Minnesota cannot do this by itself," she said. "We need strong federal, state and local partnerships to accomplish this important work."