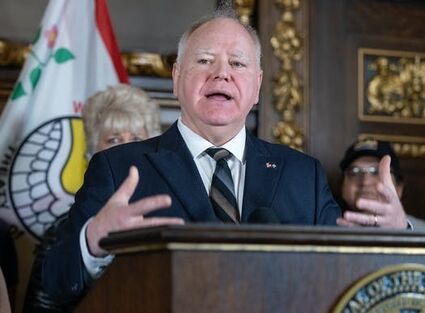 Gov. Tim Walz said in a statement: "With an unprecedented surplus, we have the ability to make significant investments in the things that will improve Minnesotans' lives..."

Minnesota's top political leaders have agreed to use historic revenues pouring into the state to cut taxes by $4 billion over the next three years while pumping an equal amount into classrooms, health care and public safety initiatives.

They would use future projected revenue to help leave another $4 billion unspent in anticipation of harder economic times, according to the "framework" of a deal unveiled by Gov. Tim Walz and legislative leaders Monday.

"What came together in a compromise serves a much broader group of constituencies," Walz said, appearing alongside leaders of the GOP-controlled Senate and DFL-led House. "In a time of historic surpluses, in a time of economic uncertainty, the prudent and mature approach to this was to recognize Minnesotans need money back in their pockets right now."