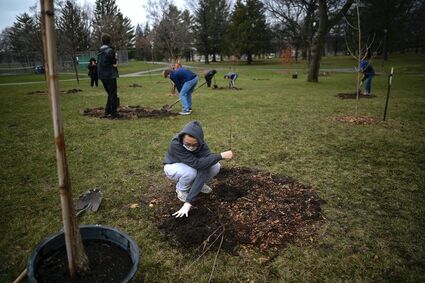 The money will jump-start the Green Minneapolis Climate Resiliency Initiative goal to add 200,000 trees by the year 2040. City and Minneapolis Park and Recreation Board officials announced the initiative Monday alongside Elmer the Elm Tree, the official mascot of the Forestry Department since 1976.

Minneapolis received $271 million under the 2021 pandemic relief law, and Mayor Jacob Frey pitched a plan in April to use the remaining $43 million on violence prevention, housing and mental health services.