MnDOT putting down new chip seal on the Mendota Bridge, replacing material that has been peeling away for years 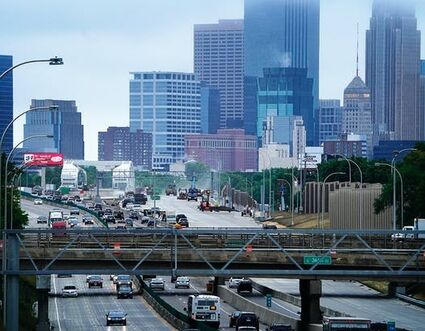 Traffic flowed on I-35W last summer as work on the freeway reconstruction project neared its end.

Last weekend, the Minnesota Department of Transportation shut down westbound Interstate 94 between I-35W and Nicollet Avenue in downtown Minneapolis to make concrete repairs.

The agency did the same thing two weekends ago when it shut down southbound I-35W between I-94 and 46th Street in south Minneapolis. This weekend, weather permitting, drivers on northbound I-35W will be placed on detour from Friday night to Monday morning as crews work between 46th Street and I-94.

Most of that concrete was laid over the past two construction seasons as part of MnDOT's massive "Downtown to Crosstown" rebuild of I-35W, which included a new flyover bridge carrying northbound I-35W traffic to westbound I-94, new ramps and bridges, a transit station at Lake Street for the new Orange bus rapid transit line, and the new driving surface.