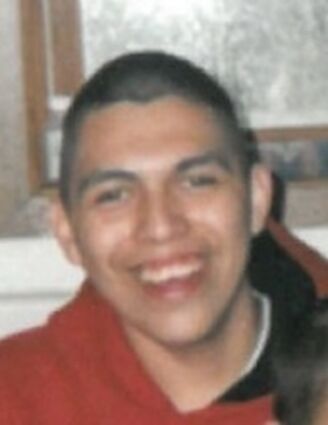 Jonathan Avery Parkhurst, 34, Babaamaashi – “Circling High,” of Red Lake, MN started his spiritual journey to the Happy Hunting Grounds, while he was surrounded by his sisters and nephews, on Wednesday, May 11, 2022 at his home in Coon Rapids, MN.

Jonathan was born August 31, 1986, in Minneapolis, MN, the son of Nola Parkhurst and Gary Lussier of Red Lake, MN. He was raised by his mother Nola until March 6th, 2004, when Jonathan suffered a car accident which left him parapalegic. He then went on helping his mother and sisters. He was the best uncle to his nephews and nieces. He was very family orientated, loved being home with his siblings and their children. He mastered his games on the Xbox. He enjoyed watching sports, especially NBA games. He loved to make people laugh, and had a one of a kind personality.

He will be missed so much by his sisters;Fawnda (Percy) French of Mahnomen, MN,

Many nieces and nephews,

Many aunties and uncles, Special Aunts Misty Smith, and Ivy May,

Favorite Uncle Rowdy May who was like a brother to him.

The wake will continue until the time of the service.