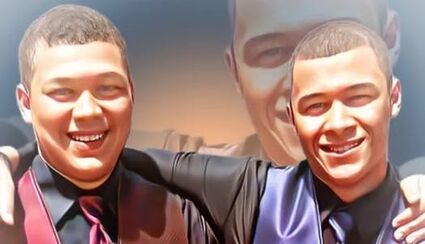 Brothers Dwayne Johnson, left, and Kian Scott, seen in an illustration from GoFundMe, were killed in a crash last week. The two had wrestled for Park Rapids High School.

Kian Scott and Dwayne Johnson, brothers in their early 20s, were identified by family and friends as victims in the fatal crash Tuesday.

The Mecosta, Mich., County Sheriff's Office received reports of a wrong-way driver on Hwy. 131 in Aetna Township at 10:44 p.m. Almost immediately after hearing about the wrong-way driver, deputies were called to a head-on collision with a vehicle engulfed in flames.