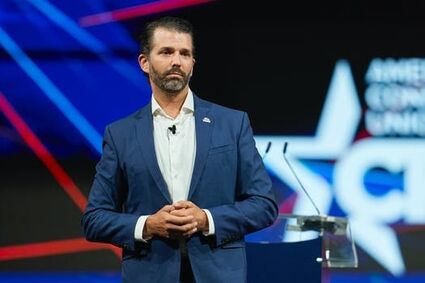 WASHINGTON - The oldest son of former President Donald Trump has met with the congressional committee investigating the Jan. 6, 2021, insurrection at the U.S. Capitol, according to two people familiar with the matter.

The younger Trump is of likely interest to the committee because of his proximity to his father on the day of the riot. Donald Trump Jr. was seen backstage at the rally on the White House Ellipse that took place shortly before supporters of the then-president marched to the Capitol and breached the building.