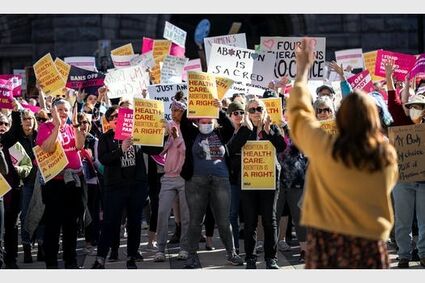 Minnesotans reacted with a mix of shock, optimism and resolve to the U.S. Supreme Court's draft opinion overturning Roe v. Wade, an unprecedented leak late Monday that suggested the high court is poised to undo nearly half a century of federally protected abortion rights.

For those who have long sought to overturn the landmark 1973 decision, the draft opinion appeared to be the culmination of decades spent building political and legal power at the highest levels of government.

"We rejoice at reports indicating that the Supreme Court may soon overturn Roe v. Wade," Minnesota Family Council CEO John Helmberger said in a statement. "While this is not the final opinion of the court, it is a strong indication that after almost fifty years, this cancerous ruling may soon be excised and our nation may begin to heal."