First human case of H5 bird flu in US found in Colorado man. How experts are reacting 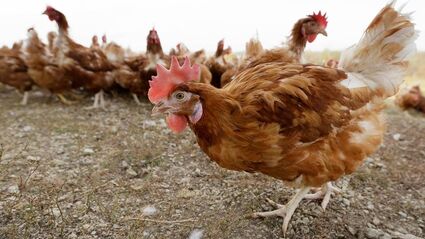 As bird flocks in the nation battle illness, the first human case of the H5 bird flu - avian influenza A(H5) virus - in the U.S. was detected in a Colorado man, the Centers for Disease Control and Prevention said on Thursday, April 28.

His positive test result was confirmed by the agency on April 27 following his work at a farm where he was in direct contact with infected poultry in Montrose County, according to a news release from the Colorado Department of Public Health and Environment.

"This is the second human case associated with this specific group of H5 viruses that are currently predominant, and the first case in the United States," a CDC statement said.