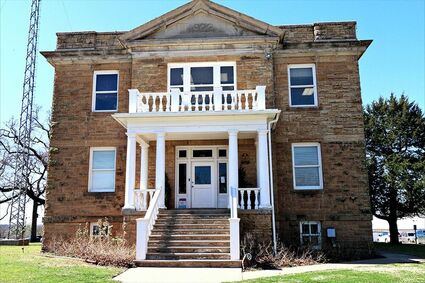 The Office of the Chiefs is housed in the Executive Branch building, located at 627 Grandview in Pawhuska. (Osage News File Photo)

WARNING: The following article contains graphic references to topics such as sexual harassment and sexual abuse and may be harmful to some audiences.

Allegations of sexual harassment among Osage Nation employees within the Office of the Chief nearly two years ago were revealed this week when previously confidential legal documents were circulated to news media. The revelations come as the 2022 election is heating up and also illuminate the motivation by some in Osage Congress to pass legislation protecting Osage Nation employees from retaliation in similar situations.

Documents obtained by the Osage News on April 20 include a letter dated March 16, 2021 from the woman's attorney to the Nation's attorney Graydon D. Luthey, Jr., of GableGotwals, and discusses terms of a proposed settlement.

"As I am sure you are aware," the letter says, "prior to [woman's] wrongful termination, she was the subject of demeaning, crude, and sexually hostile comments by individuals in positions of power over her. For your review, I am attaching a sample of the harassing text messages, a copy of [woman's] complaints to Human Resources and, most despicable of all, a photograph of the sex toy that was left on her truck by [accused].