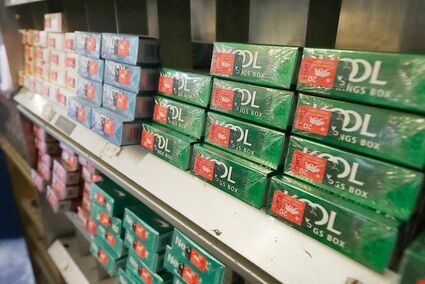 FILE - Menthol cigarettes and other tobacco products are displayed at a store in San Francisco on May 17, 2018. The U.S. government is set to release its long-awaited plan to ban menthol cigarettes and flavored cigars. On Thursday, April 28, 2022, Food and Drug Administration Commissioner Robert Califf previewed the announcement in congressional testimony, saying the proposal would reduce disease and death among smokers and help many quit.

WASHINGTON - The U.S. government on Thursday released its long-awaited plan to ban menthol cigarettes and flavored cigars, citing the toll on Black smokers and young people.

"The proposed rules would help prevent children from becoming the next generation of smokers and help adult smokers quit," said Health and Human Services Secretary Xavier Becerra, in a statement.

He added that the ban would also be an "important step to advance health equity" by reducing disparities in tobacco-related diseases.