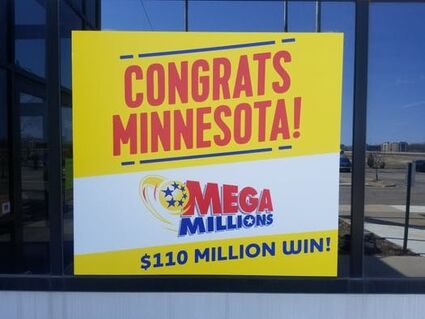 A married couple who've been playing the lottery since their first date more than 30 years ago officially became the first to buy a jackpot-winning Mega Millions ticket in Minnesota.

The lucky couple quietly redeemed their ticket Tuesday afternoon at state lottery headquarters in Roseville and opted for the $66.9 million cash option before taxes. The prize winners declined to reveal their identity, which is allowed under a new state law that lets winners of prizes of $10,000 or more keep their names a secret.

Lottery officials could not say if the couple were from Minnesota, citing a winner's state of residency is not public data. But the ticket for the April 12 $110 million drawing was sold at a Holiday gas station off St. Francis and Nowthen boulevards in Ramsey.