Chippewa Falls police said they arrested a juvenile suspect who was "known to the victim." 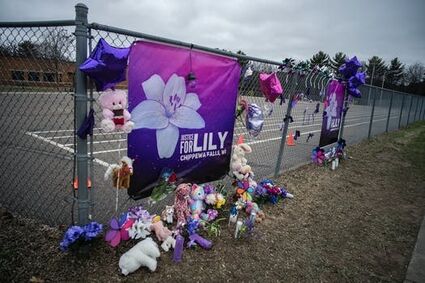 A memorial for Lily Peters is installed by the playground of Parkview Elementary School where she went to school in Chippewa Falls, Wis., on Tuesday, April 26, 2022.

CHIPPEWA FALLS, Wis. - Police made an arrest Tuesday in the killing of Iliana "Lily" Peters, a 10-year-old girl who was found dead Monday morning after visiting her aunt's home.

"Earlier this evening, we arrested a juvenile suspect in this case," Chippewa Falls Police Chief Matt Kelm said at an evening news conference. "The suspect was not a stranger. The suspect was known to the victim.

"While nothing will bring Lily Peters back or change what happened, we are very grateful to deliver this news to the family and the community."