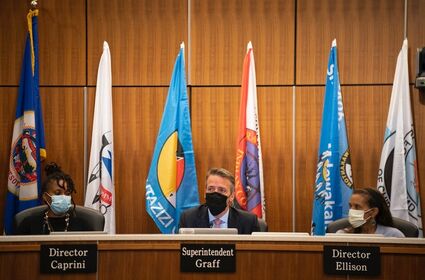 Some students who walked out of class Tuesday, April 12, to protest the longer school day plan to bring their concerns to the evening meeting of the Minneapolis school board.

The group, along with students at other high schools across the city, left class early on Tuesday to protest the 42 minutes added to their school day.

That schedule change went into effect this week as a way to make up for learning time lost during the teachers strike, which stretched for nearly three weeks in March. The added time, as well as tacking on an additional two weeks to the school year in June, was a part of the return-to-work agreement struck between the district and the union.