Cousins sets a goal: 'I would like to retire as a Viking' 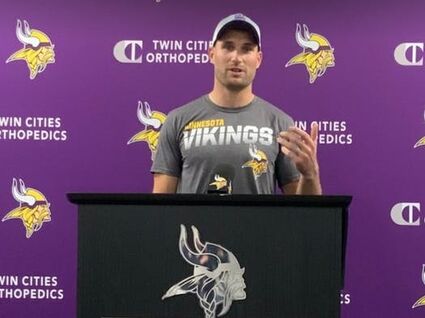 Quarterback Kirk Cousins had his first news conference Monday since signing a contract extension with the Vikings.

If Kirk Cousins starts all 17 of the Vikings' regular-season games this fall, he will tie Daunte Culpepper for the third-most starts by a quarterback in team history.

He reiterated Monday he wants to be with the team long enough to put his name even higher on that list.

Speaking to reporters Monday for the first time since he signed his one-year contract extension March 14, Cousins said he wants to retire with the team that first signed him in 2018. Though his name surfaced in some trade chatter this offseason, Cousins' relationship with new coach Kevin O'Connell suggested he could remain in the Vikings' plans. He said Monday his goal through the entire negotiation process was to stay with the team.