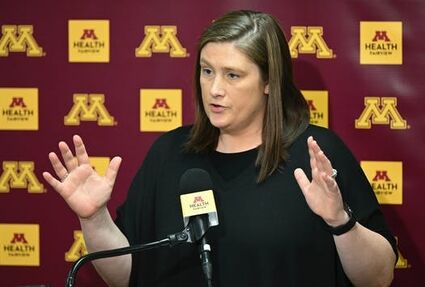 Gophers women's basketball coach Lindsay Whalen took questions Wednesday on her induction into the Basketball Hall of Fame and also on the high number of transfers from her team.

Even when she was down in New Orleans over the weekend, going through the pomp and circumstance of being officially named a part of the 2022 Naismith Basketball Hall of Fame class, Lindsay Whalen's mind was in Minneapolis.

She was watching the NCAA's transfer portal grow - the number of Division I athletes in the portal is nearing the 1,000 mark - and seeing the movement that is affecting her Gophers women's basketball program and programs all around the country. She was planning for the future.

New Orleans was fun. But: "This is never from my mind,'' Whalen said Wednesday.