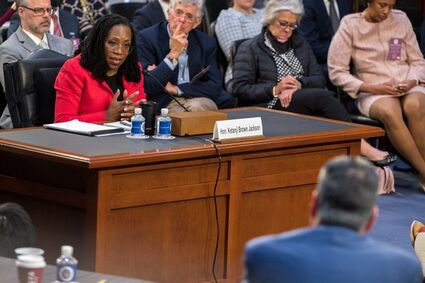 WASHINGTON, D.C. - The nation's highest court is once again entering a season of significant change with major Indian law cases on the docket and a historic nominee nearing confirmation.

Ketanji Brown Jackson is slated to become the first African American woman to serve on the U.S. Supreme Court. But while she has more than enough votes to win confirmation in the U.S. Senate, her nomination encountered a temporary hurdle on Capitol Hill.

During an executive business meeting on Monday morning, every Republican member of the Senate Committee on the Judiciary refused to support Jackson. The result was an 11-11 vote on her nomination to be as Associate Justice of the Supreme Court.