Murkowski, Romney back Jackson, all but assure confirmation 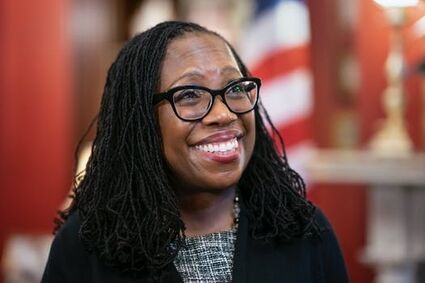 The senators from Alaska and Utah announced their decisions ahead of a procedural vote to advance the nomination and as Democrats pressed to confirm Jackson by the end of the week. GOP Sen. Susan Collins of Maine announced last week that she would back Jackson, noting her "stellar qualifications" as a federal judge, public defender and member of the U.S. Sentencing Commission.

All three Republicans said they did not expect to agree with all of Jackson's decisions, but they found her extremely well qualified. Romney said Jackson "more than meets the standard of excellence and integrity." Murkowski said she will "bring to the Supreme Court a range of experience from the courtroom that few can match given her background in litigation."