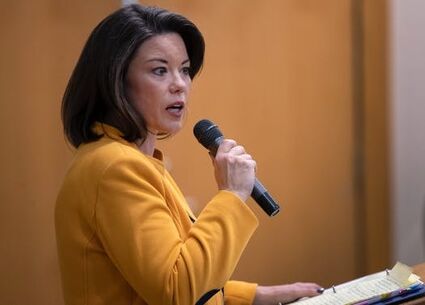 U.S. Rep. Angie Craig's bill is supported by the Biden administration but could face difficulties in the Senate.

WASHINGTON – A congressional effort by Rep. Angie Craig to cap the out-of-pocket cost of insulin for insured people at $35 a month cleared the U.S. House on Thursday.

The House passed the bill on a 232-193 vote nearly a month after President Joe Biden publicly called for action on the issue during his first State of the Union address on March 1.

"This is one step that is going to make a huge difference in both the lives and the pocketbooks of just thousands of Minnesota families," Craig said in an interview. "But it's just one step, and I acknowledge and recognize that."