Why class sizes have been a sticking point in Minneapolis, St. Paul teacher contract negotiations

Such contract language is unusual in Minnesota 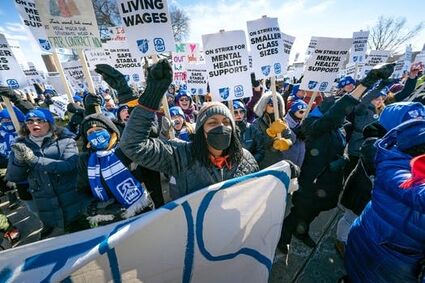 Teachers in Minneapolis and St. Paul pushed to include class size limits in contracts with their respective unions.

Pete Grebner remembers what it was like to juggle a Como High School classroom with too many students, conducting chemistry lessons during which half the room did lab work while the other half read from a textbook.

He considers it a triumph that the St. Paul Federation of Educators secured class size limits in its tentative contract agreement with the state's second-largest school district. Until now, class size caps were routinely part of standalone memorandums of understanding between St. Paul Public Schools and its teachers union.

"It needed to be a permanent thing," said Grebner, now a teacher on special assignment for the St. Paul district and a member of the union's bargaining team.