Zelenskyy pleads for help in impassioned speech to Congress 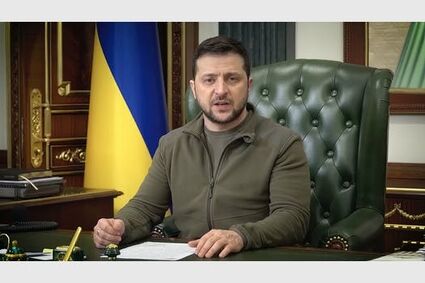 Biden also declared that Russian President Vladimir Putin is a war criminal - his strongest condemnation yet - the day after the Senate unanimously asked for international investigations of Putin for war crimes in Ukraine.

In a moment of high drama at the Capitol, Zelenskyy livestreamed his speech to a rapt audience of lawmakers on a giant screen, acknowledging from the start that the no-fly zone he has repeatedly sought to "close the sky" to airstrikes on his country may not happen. Biden has resisted that, as well as approval for the U.S. or NATO to send MiG fighter jets from Poland as risking wider war with nuclear-armed Putin.