Arriving in Kiev, After 10 Years of War, Syrian Doctors Travel to Ukraine to Help 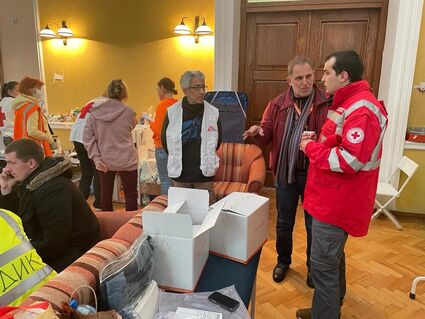 Dr. Yazji and team assessing situation on the ground in Ukraine and meeting with other NGOs.

UOSSM already opened a field office, is operating a humanitarian relief station in Lviv for food and necessities, and a medical point in Lutsk. In addition, UOSSM is working to set up a field medical facility in Kiev. Dr. Monzer Yazji, a Syrian American doctor, co-founder of UOSSM/UOSSM USA, and leader of the mission, has been triaging some wounded patients, stabilizing them, and providing medicines in the Lutsk medical point.

The UN documented several targeted airstrike attacks on medical facilities in Syria by Russian forces, that killed countless medical workers including several UOSSM staff members. Now, the same horrors and war crimes witnessed in Syria are being documented in Ukraine, such as the bombing of the Mariupol hospital.

Dr. Yazji said, "UOSSM was a leading voice in documenting and exposing these war crimes to the world. The relentless airstrikes on cities, the opening of humanitarian corridors, and the subsequent attack of them was reminiscent of what we witnessed in Syria as well. We implore the international community to make this time different."

Dr. Yazji added, "The latest headlines are that the Syrian Regime is sending fighters to support Russia's invasion. We want Ukrainians and the world to know that Syrians have also experienced the same barbarism, and Syrians doctors today are there to utilize everything they have learned to support their medical and relief efforts in the field."

UOSSM was founded in response to the Syrian crisis. Since 2012, UOSSM has been providing emergency care and relief, medical care and relief, mental healthcare, psychosocial support services, protection and nutrition services to millions of displaced and needy families affected by the crisis.

Dr. Monzer Yazji is on the ground in Ukraine and available for interview- in person/virtual. 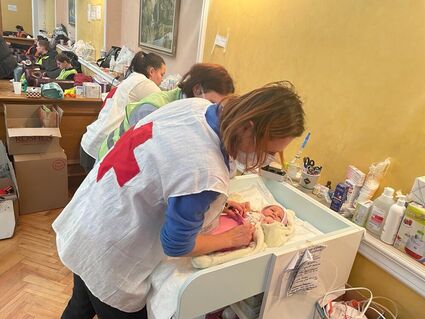 Dr. Yazji and team assessing situation on the ground in Ukraine and meeting with other NGOs.

– UOSSM provided over 281,000 beneficiaries with nutrition services focused on women and children