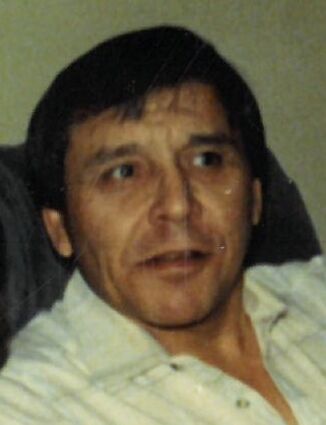 He loved to play guitar and taught his children and several friends how to play. His favorite guitar player was Chet Atkins and he could copy his style of playing. He met Chet Atkins a few times.

Rod had a deep love for his Native American culture. He loved to attend pow-wows throughout his life, and was a grass dancer in his younger years. He was knowledgeable of Native American history, much of which he learned from his father, Roger A. Jourdain and his grandfather, Paul H. Beaulieu. He was an avid reader.

He worked for the tribal council and helped plan many projects for the reservation.

He loved his family most of all. He raised his four youngest children on his own. He was a very humorous, compassionate, and gentle man who loved to laugh and joke around. He was always there for us and could make you feel like everything was going to be okay.

Because of his easy-going nature and kind-heartedness, he was well loved by his family, friends and acquaintances. He will be dearly missed.

He is survived by his three sons: Joseph, David and Timothy Lajeunesse; three daughters: Laura Lajeunesse, Mary Beth and Paula Jourdain; his former wife, Audrey Jourdain-Lussier and many grandchildren, great-grandchildren and cousins.

He was preceded in death by his parents, grandparents, two sons: Randy and Michael Jourdain, and two twin grandsons: Gimiiwan and Zoogopowin Johnson.

The family would like to send a special thank you to the staff and residents at the Jourdain-Perpich Nursing Home.

The wake will begin at 11 A.M. on Wednesday, March 16, 2022, at the new Red Lake Center in Red Lake with a 7 P.M. Prayer Service. A celebration of Rod’s life will be held at Noon on Thursday, March 17, 2022, with Father John Christianson officiating. Burial will be at the Episcopal Cemetery in Red Lake. Arrangements provided by Whispering Pines Funeral & Cremation Service of Walker (www.whisperingpinesnorth.com).