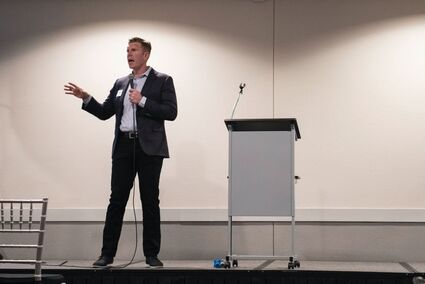 Matt Birk spent a decade with the Minnesota Vikings before joining the Baltimore Ravens in 2009. In 2012, his last year with the NFL, he supported a proposed constitutional amendment that would have banned same-sex marriage in Minnesota.

Jensen, a Republican, announced his lieutenant governor pick at a Tuesday rally in Eagan.

"We need to take back the field, but we can't do it alone," Jensen said in a football-themed video announcement Tuesday evening. "We need a teammate who isn't afraid to hit back."