Apple's new budget iPhone will be faster and more expensive 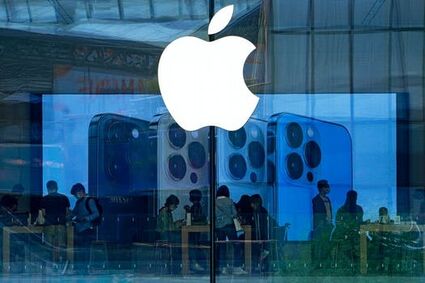 An Apple Store in Beijing.

SAN RAMON, Calif. - Apple on Tuesday unveiled a new version of its budget-priced iPhone that's capable of connecting to ultrafast 5G wireless networks, an upgrade that's already been available on the company's upscale models for more than a year.

The latest iPhone SE marks the first upgrade to the bare-bones version of Apple's most popular product in nearly two years. In the latest sign of the inflationary pressures that have been roiling the economy, the new iPhone SE will sell for $429 - an 8% increase from $399 price tag for the last version that rolled out it nearly two years ago during the early stages of the pandemic. The new iPhone SE will be available in stores March 18.

In a pandemic precaution, Apple still refrained from inviting the media and other guests to the in-person events that it has traditionally staged to introduce its latest products. Instead, Apple streamed the event from the theater named after co-founder Steve Jobs at its Cupertino, California, headquarters.