Ready for anything, Vikings poke and prod at supposedly weak quarterback draft class 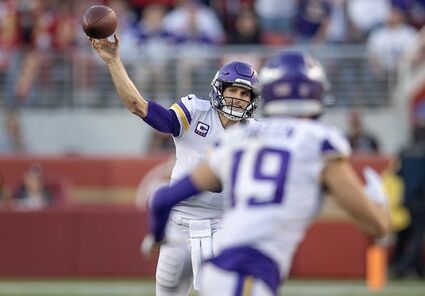 Kirk Cousins is headed into a contract year, causing the Vikings to consider moving ahead with him or without him.

INDIANAPOLIS – Inside a suite at Lucas Oil Stadium, Vikings General Manager Kwesi Adofo-Mensah, offensive coaches and scouts opened the NFL scouting combine on Monday by interviewing quarterbacks from a 2022 draft class of passers that has been anything but heralded.

One by one, prospects came through for 20-minute cross-examinations. Liberty's Malik Willis and Cincinnati's Desmond Ridder and the like were greeted in the Vikings' suite by replays of their college games, highlights and lowlights, and asked why the play succeeded or failed, among other queries.

"I see a lot of good stuff on film from these guys," Adofo-Mensah said. "They come in and you're trying to grade them on their recall, and it's like, they're all great. It's some level of great. You're trying to mince small details there. I'm not going to sit here and stamp this quarterback class. I think there's a lot of talent there, and we'll see what happens."