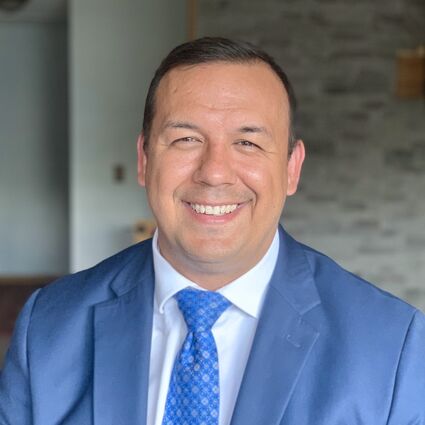 Bemidji, MN – Alan Roy announced today that he will run for the Minnesota State Senate in newly redrawn Senate District 2, which incorporates parts or all of several counties that include Bemidji, Mahnomen, Walker, Baudette, and three Reservations. Roy shared his decision following last week's release of new legislative maps which were updated to reflect current population data from the most recent U.S. census.

"Northern Minnesota is my home and public service is a calling," said Roy, an Iraq war veteran and White Earth Tribal leader. "I can't think of a more worthy way to serve my neighbors and our communities than by advancing our shared values and fighting for the critical issues facing our region at the State Capitol."

Roy, who ran in 2020 believes he is in a strong position to run a competitive race. In 2020, his campaign raised a substantial amount of funds for a first-time candidate in the district and earned the endorsements of several labor unions, Tribes, and prominent Minnesota figures across the state. Roy has already earned the endorsements of former State Representative John Persell and former Congressman Collin Peterson as he enters the 2022 legislative race. With key endorsements and an aggressive fundraising plan in hand, Roy says he is ready to hit the ground running.

"My job has taken me all over the world and given me a unique perspective on what makes Northern Minnesota so special," said Roy. "I also know how hard the past few years have been and the toll they have taken on our work life, our ability to afford basic necessities, and our overall quality of life. Over the course of this campaign, I intend to talk with as many voters as possible to listen to their concerns and ideas about how we can work together to enhance and protect this place we choose to live, work and raise our families."