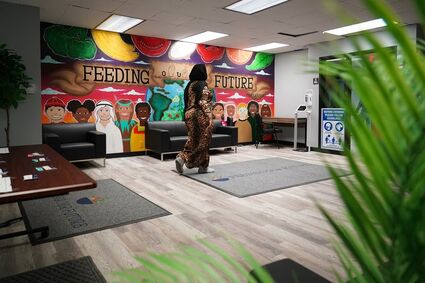 A week after FBI agents raided the offices of Minnesota nonprofit Feeding Our Future after accusations the group's partners defrauded the federal government of millions of dollars, evidence of the raid is seen in the offices Jan. 27 in St. Anthony.

n a rare action, the Minnesota Attorney General's Office is requesting a judge supervise the dissolution of Twin Cities nonprofit Feeding Our Future to ensure there isn't any fraud involving its remaining assets as the operation winds down.

The state agency filed the petition Thursday in Dakota County District Court. If approved, it could entail steps such as appointing a receiver and ordering regular check-ins with the Attorney General's Office.

The St. Anthony nonprofit, which is being investigated by the FBI for allegedly misusing millions of dollars, announced last week that it would voluntarily dissolve after the FBI froze its bank accounts, which had at least $3.5 million in them, according to the state.