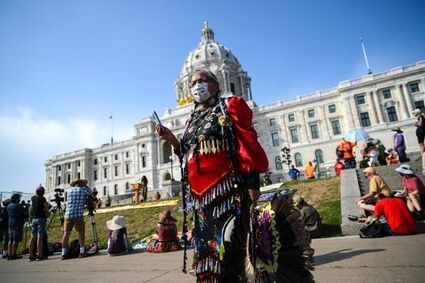 The state's new political maps unite Minnesota's seven northern Anishinaabe tribes in one congressional district and create a new state Senate seat that could be a political opportunity for tribes.

State Sen. Mary Kunesh couldn't help but jump to her feet and do a "happy dance" when she saw Minnesota's new political boundaries.

The lines now zigged and zagged to encompass all seven of the state's Anishinaabe tribes in the northeastern eighth district in Congress, instead of splitting them between two seats. Where three tribes were once drawn into two state Senate seats, they were now in one.

After more than 100 years of being divided, the tribes asked the state courts to unite them in restricting. The judges listened.