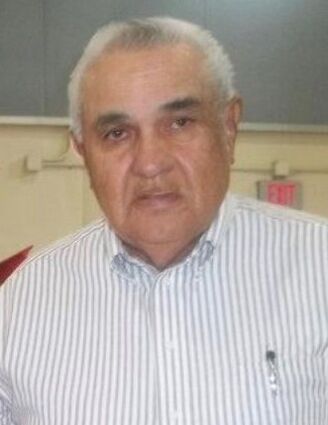 Francis was born on December 5, 1934, in Red Lake, MN, to Martha Brun and was raised by his grandmother, Mary Sayers. He grew up in Red Lake and graduated from Red Lake High School in 1952. He enlisted in the United States Navy and proudly served his country from 1952 until his honorable discharge in 1955. He went on to attend Haskell Indian Nations University and earned his Associates Degree. During the late 1950’s he was a lobbyist for the Red Lake Nation in Washington D.C. On October 22, 1960, Francis was married to Barbara Lussier. They made their home in Red Lake and were blessed with five children. He began working for the Red Lake Sawmill and in 1966 was elected as Tribal Treasurer for the Red Lake Tribal Council until 1970. In 1972, he enrolled at Bemidji State University and received his B.A. in Business Administration in 1974. In 1975, he became the Director of Indian Action which later became Post-Secondary Education Program. In 1991, he became the Tribal Administrator for Red Lake until his retirement in 2004. He remained active in the community and was on the Fisheries Board, Self-Governance Committee, Enrollment Committee and Red Lake, Inc. Board.

Francis was always athletic, playing high school sports and softball and bowling later in life. He was an avid golfer, enjoyed hunting and fishing and was a member of the Ojibwe Hymn Singers. He also enjoyed going to the Casino with family and friends to try his luck at the slots and loved to tease people every chance he got.

He will be lovingly remembered by his sister, Roberta Smith; children: Francis (Simone) Brun, Jr., Kathy (Bobby) Brun and Jeff Brun; ten grandchildren; 15 great-grandchildren; as well as numerous other relatives and friends.