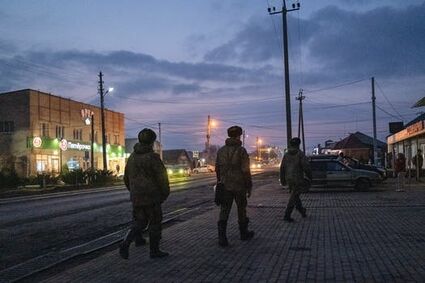 Russian soldiers were seen Wednesday in Pokrovskoe, Russia, close to the border with Ukraine.

MOSCOW - Russian President Vladimir Putin on Thursday announced a military operation in Ukraine and warned other countries that any attempt to interfere with the Russian action would lead to "consequences they have never seen."

He said the attack was needed to protect civilians in eastern Ukraine – a claim the U.S. had predicted he would falsely make to justify an invasion

In a televised address, Putin accused the U.S. and its allies of ignoring Russia's demand to prevent Ukraine from joining NATO and offer Moscow security guarantees. He said Russia's goal was not to occupy Ukraine.