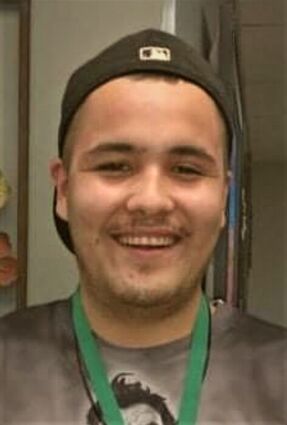 Devin was born August 20, 1995, in Bemidji, Minnesota, to Janet Neadeau-Drouillard and Duane Cook, Sr. Devin was raised by his stepfather Clarence Drouillard since he was four months old. He looked up to him his whole life as his father. Devin was raised in Red Lake and lived there all his life. He was an avid outdoorsman. He loved to watch and learn from his father. He loved and helped to raise his two nieces, Aubriana and Ambrea Vasquez. He loved going to the casino. For the past few years, his pride and joy was his Harley-Davidson; he would get up, jump on his bike, and cruise ‘til it got dark. He loved riding with his father, uncle Bill Thunder, cousin Bob Neadeau and also his Debwe brothers.

Devin was a very protective guy, especially when it came to his mother. He was always considered a “Momma’s boy.” Devin became a father when he was 19 years old. He and his fiancé Mallori Brun were devastated when they lost their baby boy at the age of 10 months. A year later they became parents to a healthy rainbow baby boy whom he loved and adored tremendously.

Devin worked numerous jobs with his father Clarence, at Seven Clans TRF, and the Redby Group Home. He was employed at the Red Lake Store up until his death. He went to school in Red Lake up until 11th grade. Devin was a fun, loving guy who loved to joke around and make people laugh. He was well known for his “I love you” to all his family and friends. Devin is going to be missed by many.