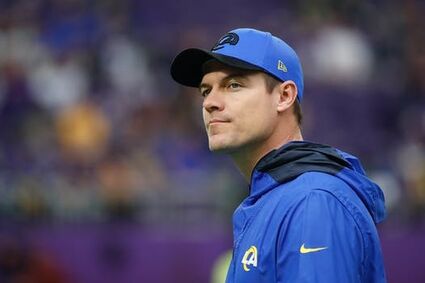 The Vikings officially reached a deal with Rams offensive coordinator Kevin O'Connell to make him the 10th head coach in team history on Wednesday, putting the finishing touches on a regime that could define much of the Wilf family's third decade of team ownership.

O'Connell, three days removed from helping the Rams win Super Bowl LVI in Los Angeles, signed his deal with the Vikings on Wednesday. He will be introduced in a news conference on Thursday afternoon, a day after the Rams' victory parade.

The 36-year-old becomes the second-youngest coach in Vikings history behind only Norm Van Brocklin, who was 35 when he coached the franchise's first game on Sept. 17, 1961. O'Connell joins Kwesi Adofo-Mensah, the Vikings' 40-year-old general manager who'd previously worked with O'Connell in San Francisco but developed a closer relationship with the coach as the new GM led the final stages of a search that confirmed how much their philosophies aligned.