Three prime contractors are at the heart of criminal conspiracy, according to FBI 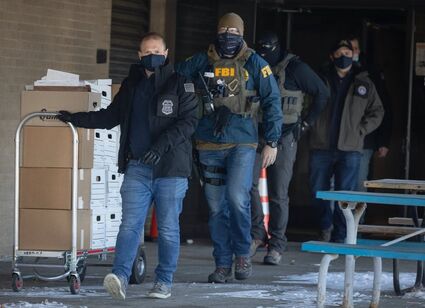 The FBI raided Twin Cities nonprofit Feeding Our Future on Jan. 20. The FBI alleges that at least $48 million in federal nutrition aid intended for needy children was instead used for personal expenses including lavish trips, a Kenya apartment, a $1 million house in Plymouth and a Porsche.

The owners of several companies at the center of an FBI fraud investigation involving meals for the poor received tens of millions of dollars in taxpayer money despite having a history of criminal and financial problems.

At least two of the individuals who investigators allege benefited from the scheme involving the nonprofit group Feeding Our Future have felony convictions related to theft. One man, at the time he allegedly received more than $600,000 in program funds, was on probation involving a theft from a Burnsville pharmacy. Another was nearly six figures in debt to the IRS.

The problems went undetected in part because neither the state of Minnesota, which awarded the federal money, nor Feeding Our Future, which sponsored the companies, conducted background checks.