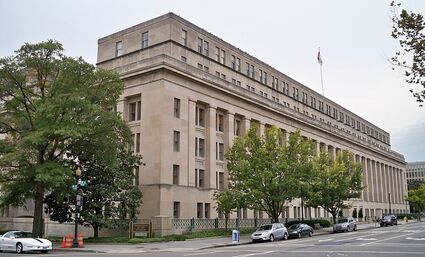 Department of the Interior building in Washington, D.C. (Photo/WikiCommons)

The Bureau of Indian Affairs (BIA) announced Monday in a press release and to the National Congress of American Indians Executive Council Winter Session that it would be implementing changes to its tribal jails throughout the country. The announcement follows a three-month department review in the Fall of 2021 after an NPR investigation revealed that 16 men and women have died while in jails operated by the BIA from 2016 through 2020.

After the NPR story was released, Department of the Interior (DOI) officials announced they would seek an "independent, third-party" review of its tribal jails and update its policies.

The review was done by the Cruzan Group, LLC, a consulting firm owned by Darren Cruzan, the former director of the Bureau of Indian Affairs' Office of Justice Services, which oversees tribal jails operated by the BIA. Cruzan previously established policies to operate the tribal detention centers and also oversaw in-custody deaths under his authority in internal affairs as head of the BIA-OJS from 2010-2017. Cruzan had oversight of the Bureau of Indian Affairs in his last position with the Department of Interior as Director of Law Enforcement and Security from 2017 to 2019. According to DOI records, at least two deaths and as many as 11 happened on Cruzan's watch. According to the NPR investigation, the review cost nearly $83,000.