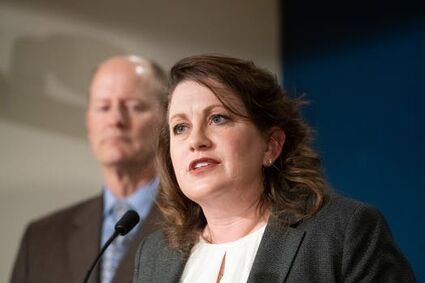 Sens. Michelle Benson and Paul Gazelka are among the Senate Republicans calling for a "Parents' Bill of Rights."

Minnesota Senate Republicans unveiled a slate of measures Monday that would require teachers to share their curriculum with parents and allow parents to seek alternative instruction or leave the school altogether if they don't like what they see.

"This package aims to empower parents in their children's education," said Sen. Justin Eichorn, R-Grand Rapids. "For far too long, Democrats have treated children as mere subjects of the state. They believe children belong to the system and not to their parents, and we believe this is wrong."

Dubbed the "Minnesota Parents' Bill of Rights," the package includes bills that would require districts and teachers to provide a range of information to parents, including syllabus details. Senate Republicans are also planning to bring back a bill introduced last session that would establish education savings accounts that could be used to cover costs including private school tuition.