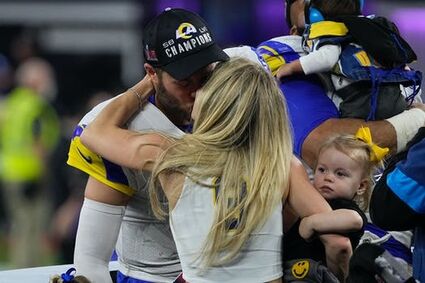 INGLEWOOD, Calif. - In a venue built for champions, the Los Angeles Rams carried off the crown jewel: a Super Bowl trophy.

It took a precise 79-yard drive capped by Cooper Kupp's 1-yard touchdown reception with 1:25 remaining for a 23-20 victory Sunday over the Cincinnati Bengals to give the Rams their first NFL title since the 1999 season - and their first representing Los Angeles since 1951.

"Those guys just did a great job," coach Sean McVay said. "They took over that game."