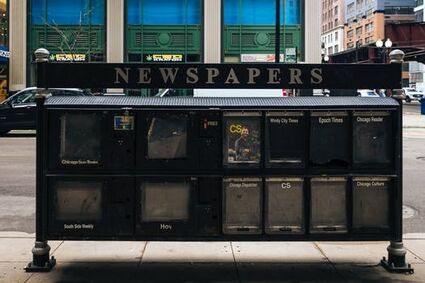 Journalism is so fundamental to the workings of a democracy that the founders made freedom of the press first in the Bill of Rights. But this industry, so vital to an educated citizenry, is being financially undermined by two monoliths that have taken the content generated by newspapers, TV, radio and others and used it to reap massive profits while refusing to provide any compensation.

Nothing about that is fair, and the repercussions go far beyond the fate of any single newspaper or TV station. Content costs money to produce. Yet two of the biggest consumers and distributors of that news, Facebook and Google, pay nothing to populate their feeds with a steady stream of news from outlets worldwide. Meanwhile, those news outlets are dying at a rapid rate.

And as long as media outlets are left to fend for themselves, there will be little they can do. These digital giants have shown little compunction about just how far they are willing to go. France, in 2021, hit Google with a $593 million fine for its failure to negotiate in good faith with media companies over use of their content, which falls under European Union copyright rules.